The Prayer Tree | Guest Post by Murray Pura (Plus a Giveaway!) 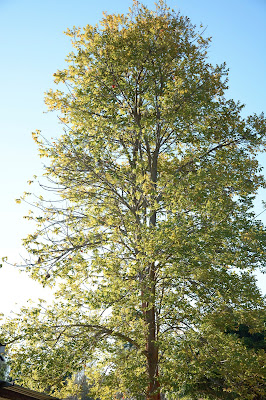 A person can pray anywhere or should feel free to pray anywhere. But sometimes it helps to have a special place to go to, a spot that helps you quiet your mind and focus your thoughts. Some people like churches, some like gardens, others like porches, still others prefer a walk along a path or a ride on horseback through a field of tall grass. Jesus liked lonely places away from people and when in Jerusalem preferred the Garden of Gethsemane on the Mount of Olives. When my children were young they had a prayer tree.

There were two prayer trees actually. One in the woods only a few hundred feet by the home we lived in when they were five and three. Another up a mountainside when they were twelve and ten. The first one was always arrived at after a long walk in the woods that included visiting horses in a wooden corral and looking for deer antlers and bones in the brush. I should explain this town was right in the Rocky Mountains, and elk, deer, coyote, and other animals were common sights. So finding antlers and animal bones was common too. Whatever was found was placed at the prayer tree and left there. My son insisted we stay at the tree for five or ten minutes and pray about whatever we wanted. He was quite dogmatic about it. So we stayed and prayed. One prayer was always thanking God for the animals he had created.

The first tree was strong and flourishing. The second, the one up the mountainside in a wilderness park, also in the Rockies, was wind-blasted and heat-scoured and utterly empty of leaves. In fact it was dead. But, as is sometimes the case, as dramatic and beautiful in death as it was in life, if not moreso. It required a drive into the mountains and a stiff hike onto a ridge to get to it. By that time the tree was a welcome place to sit and relax and drink water—and pray. The view ahead of us was spectacular—mountains and peaks and glaciers and acres of sky. My son was less dogmatic at twelve than he had been at five and we lingered for a long time or short time, whatever suited us. Some prayers were spoken out loud. Some were silent. He didn’t care. There was more grace. My daughter loved this prayer tree the most of all. The location and the silvered beauty of the long dead mountain tree touched something in her soul.

Now the kids are grown up and at university. I pray for them when I’m in bed, when I’m driving, when I’m walking my dog. And I’m pretty sure they pray for their father and mother. They lead busy lives – school, studies, friends, cooking their own meals at an apartment a hundred miles from the mountains they grew up in. Maybe one of them has found another prayer tree. It’s funny but I remember both the trees we often stopped to pray at whenever I think long and hard about the days gone by. The one up the mountainside I can get to in less than an hour. It’s nice to be able to do that, just like Jesus enjoyed making his way to the familiar gated garden in Jerusalem. When I’m there it’s easy to remember so much of what really matters – the children, family, God, companionship, the dogs we often with walked up those steep slopes, the beauty of a planned world. You never forget what counts the most at such places where those you love have been with you numerous times and where you have met together the One in whose hands you have placed their lives and yours forever and ever, amen.

Murray Andrew Pura was born on Bobby Burns Day, hence his first two names, and one of the reasons, no doubt, that he was writing stories by the time he was eight. His first work of fiction was published when he was fourteen, his first award in a writing contest came at seventeen. The first short story of many was printed in CRUX in December, 1988 and his first novel, Mizzly Fitch, was also released in 1988. He earned his Master of Divinity degree from Acadia University in Wolfville, Nova Scotia and his ThM degree in theology and interdisciplinary studies from Regent College in Vancouver, British Columbia. He was ordained in Vancouver in 1986. Over a span of twenty-five years, in addition to his writing, he has pastored churches in Nova Scotia, British Columbia and Alberta.

Murray’s writings have been shortlisted for the Dartmouth Book Award, the John Spencer Hill Literary Award, and the Paraclete Fiction Award and have been published in a number of regions outside of Canada and the US, including the UK, Germany and New Zealand. He has performed speaking engagements in such cities as Toronto, Vancouver, Halifax, Edmonton, Winnipeg, and Denver. He continues to pastor and write in southern Alberta near the Rocky Mountains.