Having a Good or Bad Hair Day?

When I get up in the morning, one of the first things I do is glance at myself in the mirror and assess my hair, which is usually an unruly mess. Curly hair has a mind of its own. If it’s a rainy or humid day, look out. Sometimes I think to myself what else can I do to help with this mess of a head? I know that there are things like these salon hair care products that could help. But at the minute, although I would love my hair to be perfect, I can kind of cope with it!

Are we never satisfied with our hair? We whine that it’s the wrong texture, color, too thin, or too thick! It may be too straight, or too curly. And if it’s the latter like me, then it can be a nightmare to deal with, so you never really feel satisfied. I should probably take my friend’s advice. She told me to have a look at places like Rank & Style (click for more) because apparently they have a list of the 10 best shampoos for curly hair, and if it can help me to deal with it better, then it will truly be a blessing in disguise. But I’m sure I’ll still find something to complain about. Maybe the Amish have the right idea not having their homes lined with mirrors other than in the bathroom or a hand mirror. I’ve considered that hiding my hair under a white prayer cap could have its advantages. And never cutting it wouldn’t be so bad-I think.

Some very conservative plain people regard the head covering as an essential part of the women’s dress but do not fully base the practice on scriptural teachings. Others point to the Bible to explain why they both advocate and wear prayer caps. Certain verses admonish a woman’s head be covered in symbolic obedience to God’s order of creation. Some women feel it is so important that they wear a form of covering even in bed.

Plain people like the Amish believe the Bible teaches women should wear two coverings: her natural long hair plus something placed over the hair. A woman’s hair is saved for her husband alone and a plain woman is seldom seen in public without some kind of head covering. This practice was apparently widespread in Western society from ancient times until the late 19th century.

In most plain groups, the women part their hair in the center of their heads. My fabulous and dear mother used to wear her hair the same way every day: her long tresses parted in the center and pulled back into a bun. She never wore her hair down, except to comb it in private. I was shocked and grief-stricken when she was diagnosed with brain cancer and needed immediate surgery. Most of her hair was shaved off, then radiation and chemotherapy confiscated the rest. I’ve contemplated my hair falling out from cancer treatments and thought that losing it might be the most bitter part of the disease, which shows you what a vain person I am. But at least I’ve given up trying to straighten my wavy mass and look like my older sister, who of course has the straight hair I longed for.

To be fair: Not only women fuss about their hair. There are hair products galore available for men with thinning hair or who wish to change color. How about “bad hat hair,” the result of wearing a baseball cap all day? And then there is the question of why Amish men wear their unique haircuts and hats. I’ll have to delve into that subject another day. In the meantime, may you all have a good hair day! 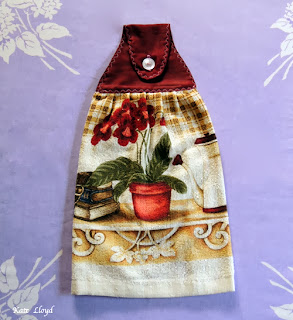 A question: If you’re a woman, how would you feel about pinning up your hair and wearing a head covering? Any other thoughts on hair? Leave a comment and enter to win this pretty Amish-made Tea Towel and a copy of either Pennsylvania Patchwork or Leaving Lancaster! USA residents only. Winner has one week to respond.

Congratulations to Rita M., last week’s winner of the charming Amish-made potholder, plus a copy of Pennsylvania Patchwork or Leaving Lancaster! Thanks to all who left comments! 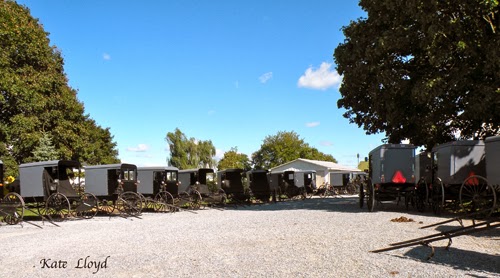