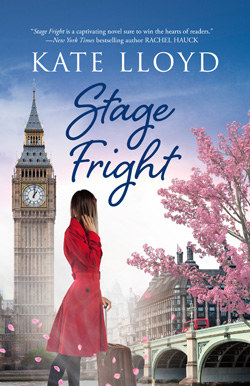 Jessica Nash loves to sing but is paralyzed every time she gets on stage. After blowing an excruciating audition, she wonders if she should give up on her dream. She’s already committed to a week-long choral tour of England with her church choir, though, and as a single mom with a limited income, this might be her only chance to travel.

The trip gets off to a rocky start when Jessica has to sit next to Martin, a once-famous British tenor whose career plummeted in a scandal, on the flight to London. Is it her imagination, or does he seem to aim his bitterness toward womankind specifically at her? And to make things worse, once they arrive Jessica discovers she has to room with the choir’s thorny lead soprano.

When Nick, their handsome tour guide, takes a special interest in showing Jessica the sights, things finally seem to be falling into place. She starts to relax and let herself be wooed against the backdrop of the charming English countryside. But is she ready to give him as much as he’s asking for?

Things aren’t as simple as they seem. Almost every person on the tour, it seems, is hiding a secret, and before her English holiday is over Jessica will find herself stretched and tested in every direction—including the soloist’s place center stage.

Available for preorder in Kindle format; releases August 11 for both paperback and Kindle. 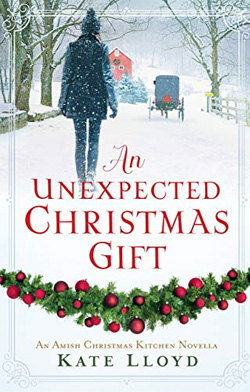 Driving into a Lancaster County ditch during a near-blizzard is not where Maria Romano envisioned she’d end up on the day before Christmas Eve. But somehow she finds it fitting–after all, her life has been stuck and lonely for years, and the recent discovery that she was adopted makes her yearn for connection.

So when a genealogy search leads her to a shop in Amish country, she can’t help but visit in person, regardless of the weather. Despite a rough introduction, Maria is surprised by the warm and welcoming Amish family table she finds herself invited to on Christmas. But will the family’s kindness be enough to help her find her place and the truth about her past?

More about An Unexpected Christmas Gift 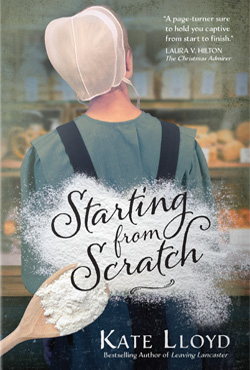 An Old Flame Brings a Spark of New Hope

At age twenty-nine, that’s what Eva Lapp considers herself. And who could argue with her? Finding a good Amish husband at her age will be next to impossible. Plus, Eva’s unwarranted bad reputation in Lancaster County precedes her. Maybe living the Englisch life would be better.

Squeezed out of her childhood home by her brother’s boisterous family, Eva finds lodging and a new job managing a small café at a local plant nursery. But the challenge of her new position isn’t enough to distract from her current predicament.

To Eva’s surprise, her first love, Jake Miller, suddenly returns to Lancaster County. Flooded with emotions and filled with questions about Jake’s past, can Eva trust what she’s feeling?

Jake and Eva face many obstacles in their quest for a fresh start in the community, but perhaps with God’s help, they can find the redemption they both desperately need.

More about Starting From Scratch 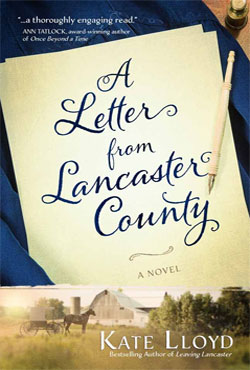 A Letter from Lancaster County

When a letter arrives from Lancaster County, Pennsylvania, Angela and Rose decide to visit Aunt Sylvia, their mother’s Mennonite sister, in the heart of Amish country. This vacation could provide the opportunity both sisters need to sort out their issues. And yet instead of finding a new way of connecting with each other, Angela and Rose discover surprising family secrets that add to their strife and threaten Rose’s romance with a new beau.

Through it all, the two sisters must find the faith necessary to face their personal problems and allow God to restore hope and healing to their hearts and relationship as only He can.

More about A Letter From Lancaster County 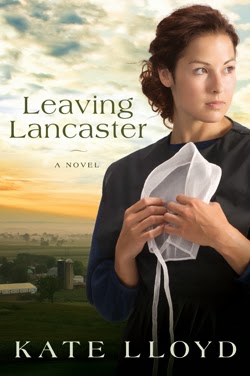 More than anything Holly Fisher longs for family. She’s furious when her mother, Esther, reveals a long-kept secret: Holly’s grandmother and uncle are still alive and begging her to return to the family farm in Lancaster, Pennsylvania, part of an Amish community her mother once abandoned. Can their journey to a conflicting world heal their emotional wounds and finally bring them home?

Set in the heart of contemporary Lancaster County, Leaving Lancaster explores the power of forgiveness, family reconciliation, and unexpected love. 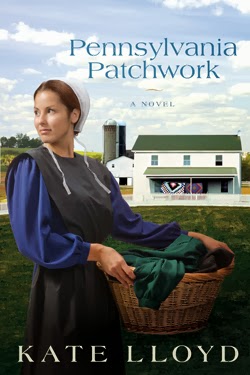 Meeting the family her mother had kept hidden from her, Holly comes face to face with her real-life and blood legacy. She also falls for charming Zach, a handsome Mennonite veterinarian who seems to be everything she’s wanted in a husband. And Zach proposes marriage. Her mother and Amish grandmother think she’s rushing into a commitment with a man she barely knows and who harbors a dubious past. Holly is in love with Zach and ignores their warnings.

Until she meets an attractive Amish man.

And an old suitor shows up. 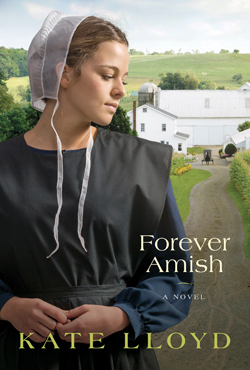 The latest book, completing the Legacy of Lancaster Trilogy, Forever Amish introduces us to a young woman about to uncover a shocking secret and find an invitation to a new way of living. This is a story of forgiveness, legacies, and the ties that bind through generations. 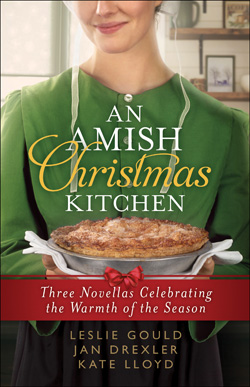 The Coziness of a Warm Kitchen Awaits . . .

As the weather grows cold and the nights grow long, the cheer and warmth of the Christmas season is a comfort for all of us. This collection from bestselling Amish fiction novelists Leslie Gould, Jan Drexler, and Kate Lloyd celebrates the heart at the center of the holiday and offers three novellas that rejoice in family, faith, and especially the sights and fragrant smells of a bustling holiday kitchen.

In “An Amish Family Christmas,” Leslie Gould tells the story of how, in the wake of a heartbreaking loss, a young Amish woman finds unexpected comfort and friendship while selling her family’s traditional baked goods at the local Lancaster Christmas Market.

Jan Drexler’s “An Amish Christmas Recipe Box” gives readers a sweet tale of a shy Amish woman who decides to use her talent in the kitchen to woo a local Amish boy with her beloved Christmas cookies.

And Kate Lloyd offers “An Unexpected Christmas Gift,” a moving tale of a woman’s unforeseen discovery about the truth of her past, and the welcoming Amish family table she finds herself invited to on Christmas.

More about An Amish Christmas Kitchen 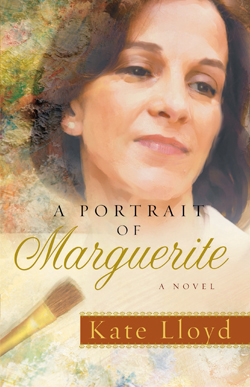 A Portrait of Marguerite

When single mom Marguerite Carr’s son leaves for college, she feels as though her life has lost its focus. A friend drags Marguerite to a drawing class — her first since college — where she rediscovers her long-lost passion for painting, finds unexpected love, and learns that forgiveness covers all, even our worst sins and deepest, darkest secrets. A Portrait of Marguerite is a real-life contemporary novel that isn’t afraid to lift the corner of the rug to expose secrets and regret, while also offering hope of spiritual, personal, and creative growth.

More about A Portrait of Marguerite