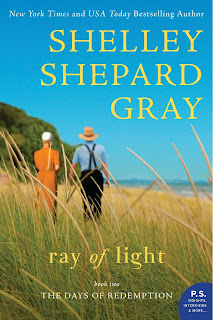 I’m delighted to have the chance to visit Kate’s blog! Thank you, Kate, for the invitation!

I thought I would share a blog I wrote four years ago. It makes me smile because now I realize that the changes I was talking about were just the beginning of the many changes my husband and I would make as our children steadily become more independent and leave our nest. By now my husband and I have become very used to both of our kids being gone most of the time. This summer neither one will be here more than two weeks. And though that is a hard thing to realize, we’ve come to terms with it, too.

The way the years pass and the ever-evolving relationship within a family is a lot of what my series for Avon Inspire, The Days of Redemption, is all about. In this month’s release, Ray of Light, my hero and heroine are trying to adjust to many unexpected changes in their lives. Ray of Light is one of my favorite books, probably because much of it is set in the Florida Amish community of Pinecraft. It’s also a very positive novel, which I so enjoyed.

So, here is a slice of my life from four years ago. Perhaps, like me, you can look back at this situation and smile—knowing that everything turned out just fine (although it sure didn’t feel that way at the time)!

Just yesterday I made plane reservations for our son Arthur to come home in May. It’s hard to believe, but he’s just about made it through his freshman year in college.

Hmm . . . let’s be honest here. I’ve just about made it through his freshman year! It’s been a strange adjustment for my husband, Tom, and me.

Tom has had a tough time adjusting to a “girl” house. He’s now outnumbered, and Lesley and I have used that to our advantage. We’re uninterested in both Sunday football and the History channel. We don’t want big breakfasts every day of the week. And we can have whole conversations about the new cute clothes we saw at the mall.

My daughter has gotten used to things, too. She’s taken over the basement, my son’s former lair. Now instead of the sounds of boys playing video games, I hear the unmistakable high-pitched laughter only five sixteen-year-old girls can make. I predict a territorial war will break out within days of his arrival.

I would have never have guessed it, but I’ve gotten used to him being gone. No longer am I buying frozen pizzas, canned chili, Cheese Its and real “Coke.” Lean Cuisines and Diet Cokes have taken their place. I like that everyone is usually asleep by eleven o’clock at night, and awake by eleven in the morning. I’ve even gotten used to doing less laundry—which, by the way, I cried about last August.

Now I’m wondering how our life is going to change when our extremely sociable, restless, late-night boy returns. All I’m sure about is that things will change. As they’ve changed already.

I now care less about his grades and more about his health. Every time he calls, I say silly mom things like, “How are you feeling? Are you eating?”

Sometimes I just miss him.

Things just aren’t the same . . . even when he is home. He’s more grown up. More patient with me. At Christmas, he took me out to lunch. And on Valentine’s Day, he called me twice . . . just because he knew I was home alone. These things are new. Really.

So, during these last two months before we’re a family of four once again, I guess I’ll treasure the changes that have been made and will look forward to things getting shaken up again.

Anyone have words of wisdom or a story to share . . . either about when your child left and came back . . . or you did? I’d love to know that I’m in good company. 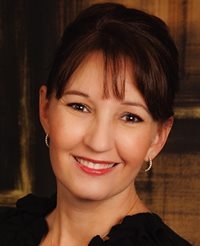 To date, Shelley’s novels have been highlighted in the Philadelphia Enquirer, Time Magazine, and USA Today. She’s also been interviewed on NPR as well as numerous regional radio stations.

Before writing romances, Shelley lived in Texas and Colorado, where she taught school and earned both her bachelor’s degree in English literature and elementary education and later obtained her master’s degrees in educational administration. She now lives in southern Ohio and writes full time. Shelley is married, the mother of two college students, and is an active member of her church. Shelley is active on Facebook and also has a website.